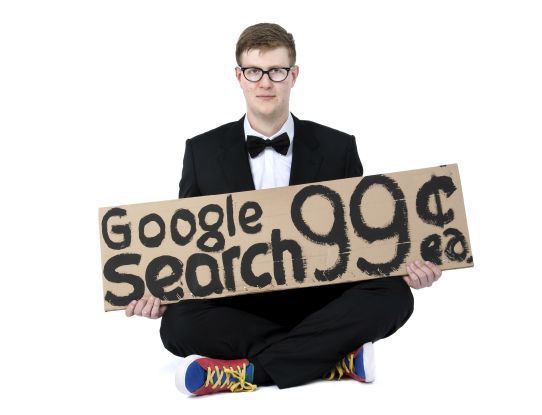 Johannes P. Osterhoff is a German Interface Designer and Artist. Osterhoff deals with and reflects on the effects that digital designs have on their users, especially if these are turned into an alternative and critical use.

Osterhoff shows different perspectives on user interfaces, often through performative pieces, that highlight aspects of digital culture and everyday media usage. Osterhoff has previously worked with durational performances related to his own use of mobile devices, for example, his one year long iPhone Live performance (2012), where he published his iPhone activity on the web daily, and also with the earlier Google One Year Piece (2011) that documented all Osterhoff’s Google searches. Each search query created a new webpage that again was indexed by the search engine, and thus created a feedback loop of the Google searches.

As we also see in Tobias Leingruber’s artworks, Osterhoff’s focus is on critical and subversive media usage and consumption. He also thrives for more control of the user’s online experience and a greater awareness of the data-collecting of big companies such as Google.