Communication Paths is Net.Specific’s first exhibition. The title refers to the Internet’s branching pathways and nodes, as well as to the communication and language used online. + 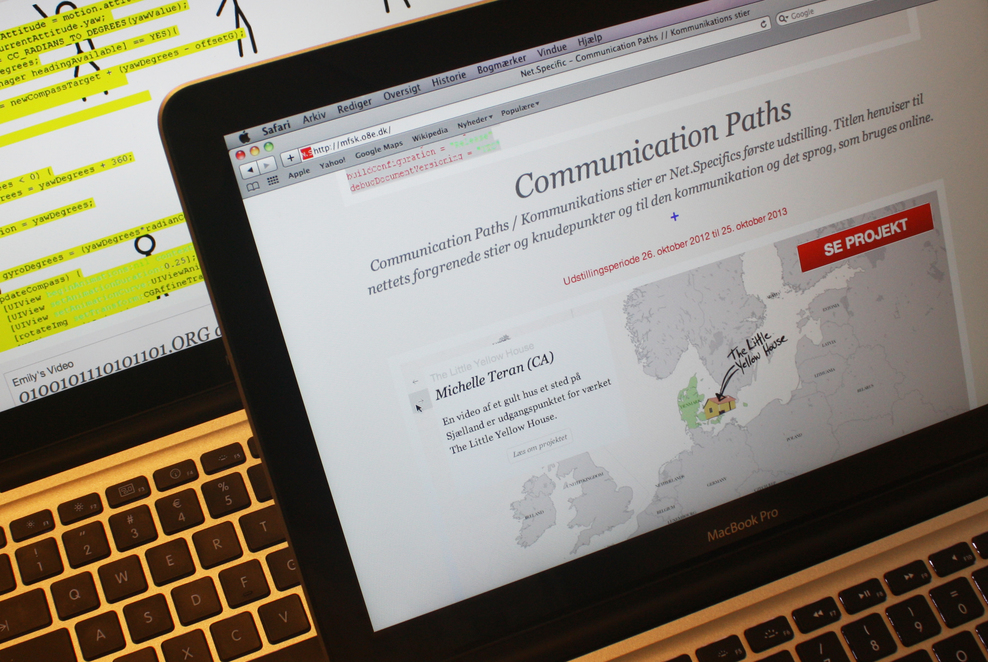 About the exhibition: Communcation Paths

The Museum of Contemporary Art’s new exhibition website, Net.Specific, opens with the exhibition Communication Paths, which focuses on the Internet’s communicative potential and its distributed nature.

Whereas the early net art of 1993/94, and for some years after, focused on the Internet as a system and often employed an aesthetic based on computer code, today’s net artists are focused more on the enhanced communication possibilities that emerged with the advent of Web 2.0 around 2003. This is done primarily through works that comment on or directly employ social media services, such as YouTube and Google Maps or social networks like Facebook and Twitter, as tools within the work itself. These artists illustrate the problems associated with communication on the Internet relating to copyright, privacy and what we choose to use the Internet for, as well as the proliferation of user-generated and shared materials that has occurred via the Internet.
Read more about net art

The exhibition presents five different artists and groups who each in their own way incorporate the Internet and its communication and distribution in their works. From the glitch and code pioneers of JODI and the rebellious 0100101110101101.ORG, to the newer additions to the fold; Michelle Teran, Jens Wunderling & Philipp Bosch, as well as the Danes Anders Bojen & Kristoffer Ørum.
Read more about the exhibition’s artists and works

In the context of this exhibition, Internet communication is considered in its broadest sense and includes stories forged from materials found online, the inclusion of user-generated content and the use of the Internet’s own channels of content distribution. Pseudo-scientific learning and issues related to visual identity and Internet code are also employed in the exhibition.

The works can be grouped under the following headings:

A performative application challenges the users sense of navigation.

Transgression connects the Internet with the physical space of the museum and introduces user-uploaded content in a museum setting.

The Little Yellow House is based on a video of a yellow house, a place on Zealand in Denmark.