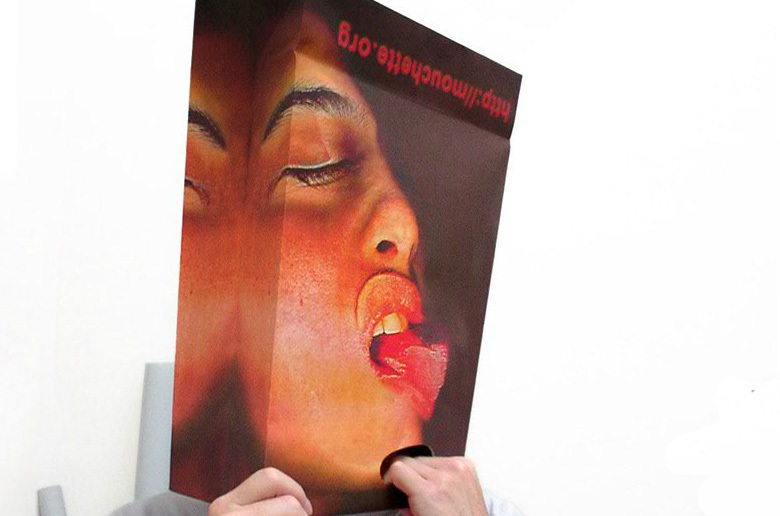 Martine Neddam is known for her pioneering work Mouchette.org (1996) and has been working for years with how to play with identity constructions in the online-sphere. Narratives and the use of language have always been dominating in Neddam’s work, which often focuses on representation and self.

The Mouchette project centers on a presumed teenager, who published content concerning her darker side of life on the website Mouchette.org. The project has even gathered a community of followers and has become an alternative social network in itself; in fact before social media was even a used practice. In the Mouchette project, Neddam works with anonymity as a strategy for her pieces and until recently didn’t reveal her real identity to the public.

Neddam’s work also includes other identity projects like David Still (2001), which offers web surfers to borrow his identity by using his email for communication; the Chinese virtual person Xiao Quian (2006), and the online interface Virtual Person (2008) that enables the user to create their own virtual characters.