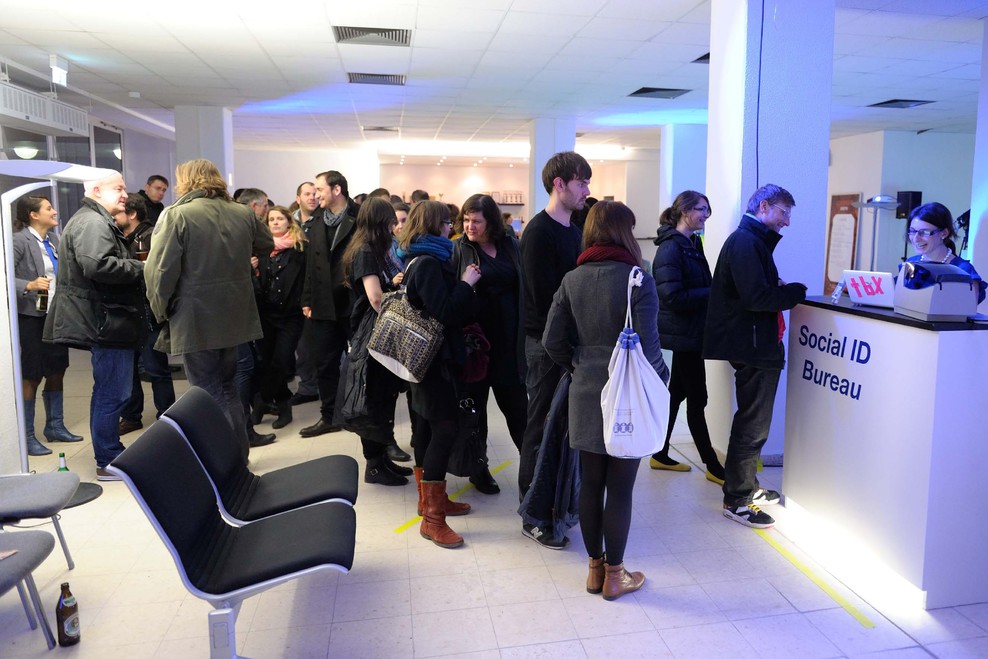 About the artwork: Social ID Bureau

A project that became an offspring of the resistance workshops and which has the same critique inscribed is Leingruber’s Social ID Bureau. The project is a website with documentation and a generator, as well as a performance series. During the performance held at Supermarket, Berlin in March 2012, Leingruber made physical ID cards for the visitors.

The project initially had the name Facebook ID cards, but due to legalities Leingruber had to change the name to Social ID Bureau. Even though the name has changed, the iconic blue color and the typesetting speaks for itself.

Through the physical manifestation of printing the cards in these performances, Leingruber refers to the fact that the internet is real life – as real as everything else you do. This is a point that a lot of social media users often forget when using the internet and its services.

Documentation of the generated ID-cards of the Social ID Bureau is exhibited through a new interface in the Performing the Media exhibition. Here it is possible to engage in the performative practice of the work and generate your own card via the generator, which is based on your Facebook profile ID.