The Little Yellow House is based on a video of a yellow house, a place on Zealand in Denmark. 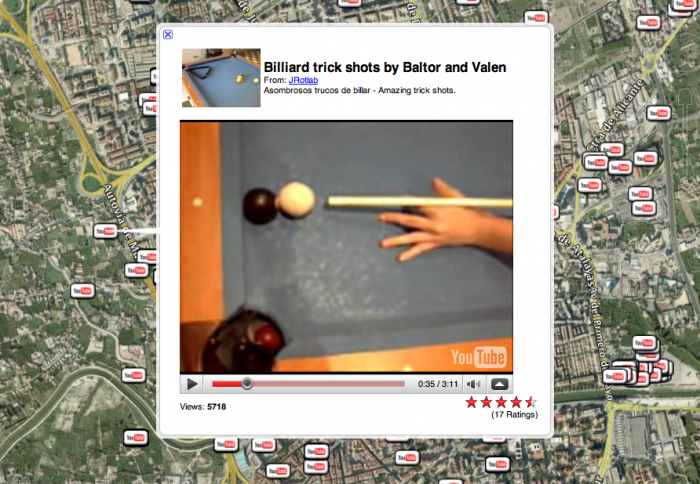 Michelle Teran often explores the interaction between social networks and urban space in her works. She likes to create connections between these with adaptations of both the physical and the digital online space.

Teran has used maps and urban planning as a starting-point, together with collections of data found on the web, in a number of works. She creates her stories from such finds; images, videos, etc. Sometimes it is these data items that initiate the creative process for Teran. Thus, she often creates site-specific works.

In some cases there is also a performance, associated with Teran’s stories, such as for example in the work Buscando Al Sr. Goodbar (2009). In this work, Murcia has been mapped on Google Maps, with markers of YouTube videos produced in the city. Here Teran creates a relationship between the places where the videos are recorded and the videos on Google Maps. The performative part of the work is a bus ride around in Murcia, which follows a route according to where the videos have been recorded. Here selected videos are re-enacted at the original places by the same people who originally created and participated in these videos. 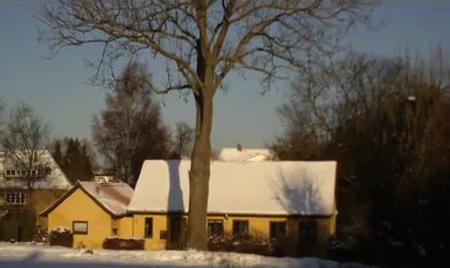 About the artwork: The Little Yellow House (2012)

For Net.Specific’s exhibition Communication Paths, Michelle Teran has created a narrative, storytelling work that begins with a webpage entitled ‘The Little Yellow House’. The starting point for the narrative is a little yellow farm house located in the countryside, somewhere on Zealand in Denmark.

The story is told in the first person. Teran has found the house via a data-collection process, where she sifted through data on the web in order to find the right story for the project.

In order to experience the entire story the user of the work has to be an active participant and provide some data to Teran via an online form. Once this has been submitted, the user receives instructions from the artist. The first 100 participants also become part of a publication, a multiple, that tells even more layers of the history of the yellow house. The publication will be sent by physical mail – thus drawing on references to mail art’s use of the postal system.

The work uses both the Internet’s rapid exchange of information via online forms and
e-mails, as well as the now less used form of communication – the letter and the sending of physical objects. Teran wants to create a work that causes us to reflect on storytelling and the distances manifest in the physical and the digital online worlds respectively. How communication changes according to speed and distance, as well as how stories can be created over the network.