Transgression connects the Internet with the physical space of the museum and introduces user-uploaded content in a museum setting. 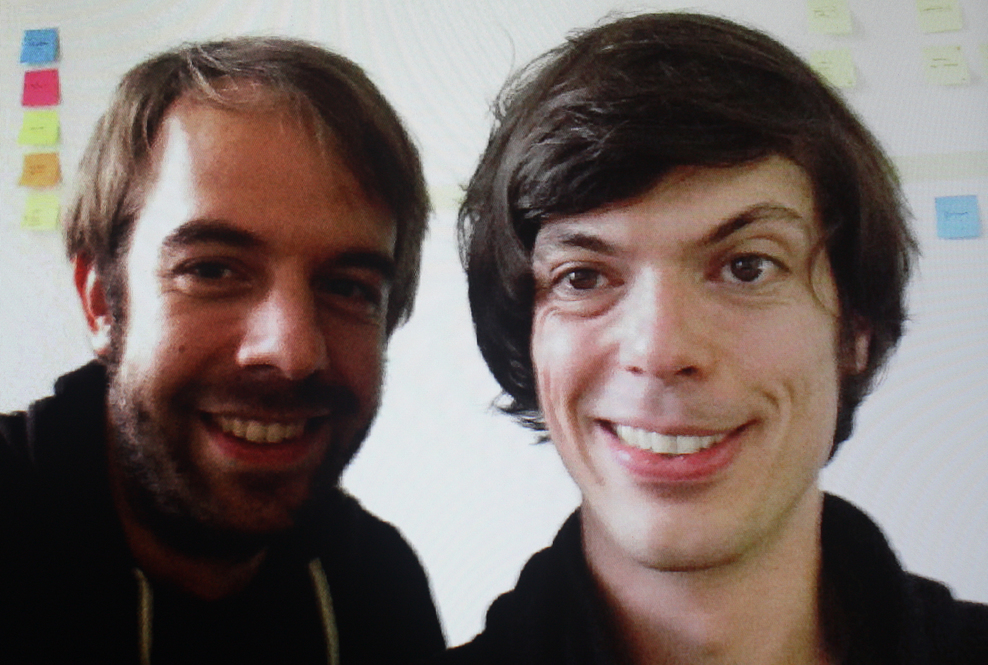 Jens Wunderling is a media artist and an interaction designer. His works use both online and physical spaces/environments. Philipp Bosch is a web and mobile developer.

Having worked together on several projects before, Wunderling and Bosch teamed up with designer Patrick Kochlik and started their creative practice SYNTOP to focus on the application of emerging technologies in the context of research, art and design. They are based in Berlin, Germany.

Wunderling is interested in the communication structures found on the Internet and has repeatedly used social media in his works. In the project Default to Public he allows Twitter updates to leak out into the physical space. This happens in the work Tweetleak (2008), where an IP printer is connected to the network and prints selected tweets on a reel of stickers that can then be placed in the physical space. A similar thing happens in the work Tweetscreen (2008), which projects Twitter updates on to the walls of buildings. In both cases, the Twitter profile from which the tweet was taken receives a message on Twitter. This activity breaks into the supposedly intimate sphere of some Twitter users and poses the question of what is considered a private or a public space on the Internet.

Bosch’s work with mobile devices includes the application West ll Ost (2011), which is related to German history and the former division of Berlin. The application tells it’s user in which part of Berlin she / he is – in the former East or West. 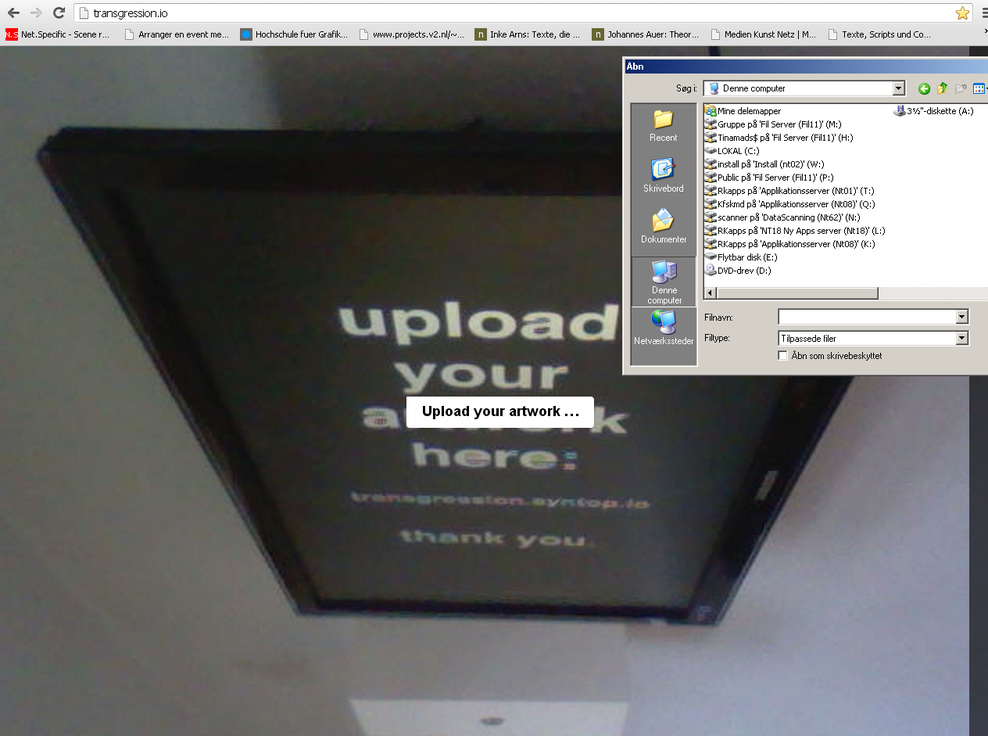 About the artwork: Transgression (2012)

For the Net.Specific exhibition Communication Paths Jens Wunderling and Philipp Bosch have created the work Transgression. The work is a spatial displacement which binds a physical space with a web page on the Internet.

With this work the artists want to comment on the act of making Internet-based art and having it exhibited in a museum-based setting online. Thus, the work has a physical marker at the Museum of Contemporary Art in the form of a computer screen and a computer where a webcam records the activity that appears on the computer screen at the museum. The camera footage is shown live on the internet on the associated web page. On the screen at the museum, you can see the user-generated content that is imported from the website.

Unlike Facebook’s well-known ‘like’ button where we signify that we like something, in Transgression we only have the possibility to ‘dislike’ something, which presents a critical approach to user-generated content. This process can also be a comment on art institution’s inclusion / exclusion of content. The work also presents a picture of how digital material is transitory and can be removed with a single click.

Transgression uses communication in the form of user-generated material on the Internet linked to a dialogue about what users like and, in this case, do not like. Transgression thus focuses on censorship and criticism online. The work also introduces uncensored, user-generated material into a museum-based space via an installation located at the Museum of Contemporary Art.