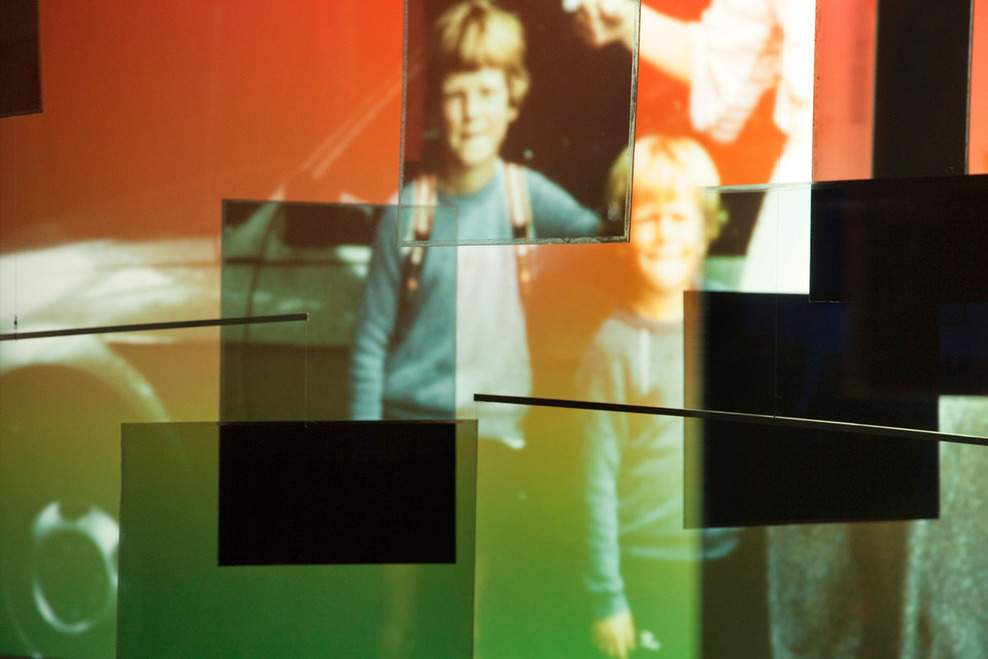 Anders Bojen and Kristoffer Ørum are an artistic duo who create works that challenge prevailing views of the world. They often use a pseudo-scientific approach which attempts to transform existing concepts into something new and provide alternative ways of seeing the world.

Their works employ information and material from popular culture, scientific literature and items collected from the Internet. These materials form the background inspiration for works that are often based on stories and underlying structures.

The duo makes sculptures, installations and other works on the Internet. An example of their net art practice is Radiant Copenhagen (2009), which uses maps and stories to show a future Copenhagen. At the launch of Radiant Copenhagen the web page was linked with a bus tour to the different physical locations in the city. Bojen and Ørum have also created the work Topographies of the Insignificant (2010), which both illustrates the broad perspective and the small micro-histories that occur in four European cities – also charted on Google Maps.

About the artwork: Disbelieving Gravity (2012)

For the Net.Specific exhibition Communication Paths, Anders Bojen and Kristoffer Ørum have made the work Disbelieving Gravity. In the work Bojen and Ørum focus on Isaac Newton’s theory of gravity and the assumptions and metaphors associated with it. The user has to learn a new language through various games and lessons; a language that deliberately misunderstands established languages and ideas in order to rethink them as something new.

In Disbelieving Gravity Bojen and Ørum focus on how theories can be adapted. As the work’s title also suggests, they are also sowing seeds of doubt about the actual truth of the theory of gravity. The users are invited to question their own thoughts and beliefs.

The work investigates how we refer to the force of gravity in words, phrases and metaphors and, specifically, how we blindly believe in the principles of gravity in our daily actions. The work consists of 12 exercises which, step by step, are meant to cause the user to understand a new mindset that can replace what he or she already knows and believes about gravity.

Disbelieving Gravity uses the Internet’s communicative potential for learning; how learning uses various forms and methods to manifest its message. Similarly, it is about how a presumed fact, something we believe is the truth, can be pushed aside in favour of a new understanding of the world.