Only a selection of people has seen the video, which should be quite extreme in it’s content.

Follow how the video is spread online and new reaction-videos are created! 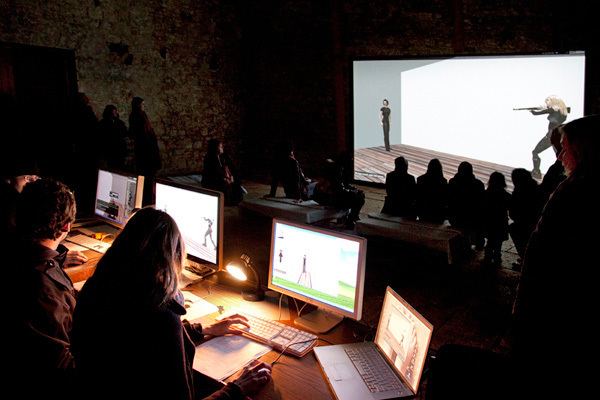 The group 0100101110101101.ORG work dynamically with the Internet and use it actively as a performative space. They have worked with the Internet since 1996 and primarily create works based on copying, reproducing or re-mixing pre-existing cultural materials. Often their works are very hard to maintain permanently and some exist only as documentation.

By appropriating and combining existing works and cultural icons, 0100101110101101.ORG challenges the ideas of authorship and originality traditionally associated with the creation of art. They have for example directly copied other net artists’ works in Copies (1999) and fused several works together in Hybrids (1998). These works show how the cultural landscape, and in particular the Internet, are an open playing field for such activity.

In addition to their net art practice 0100101110101101.ORG also create physical sculptural works and interventions that use sampling as a method. In these works popular cultural icons such as Mickey Mouse and Nike are placed into new contexts; contexts which transform their iconic status into something new. Often, these contextual shifts have a critical intent. In 1995 the artist group began to steal small pieces from the works of noted artists at high-profile museums around the world, which is a good illustration of the group’s working method. These pilfered objects were first exhibited in 2011 under the title Stolen Pieces.

Eva & Franco Mattes have explored identity, and how society and the media perceive identity, throughout their practice. With the work Vaticano.org (1998) they became one of the first to create a fake website – a so-called spoof site – in the name of art. Vaticano.org is a manipulated copy of the Vatican’s official website which comments on the Catholic faith’s guidelines and methods, where one can, for example, confess one’s faith online. 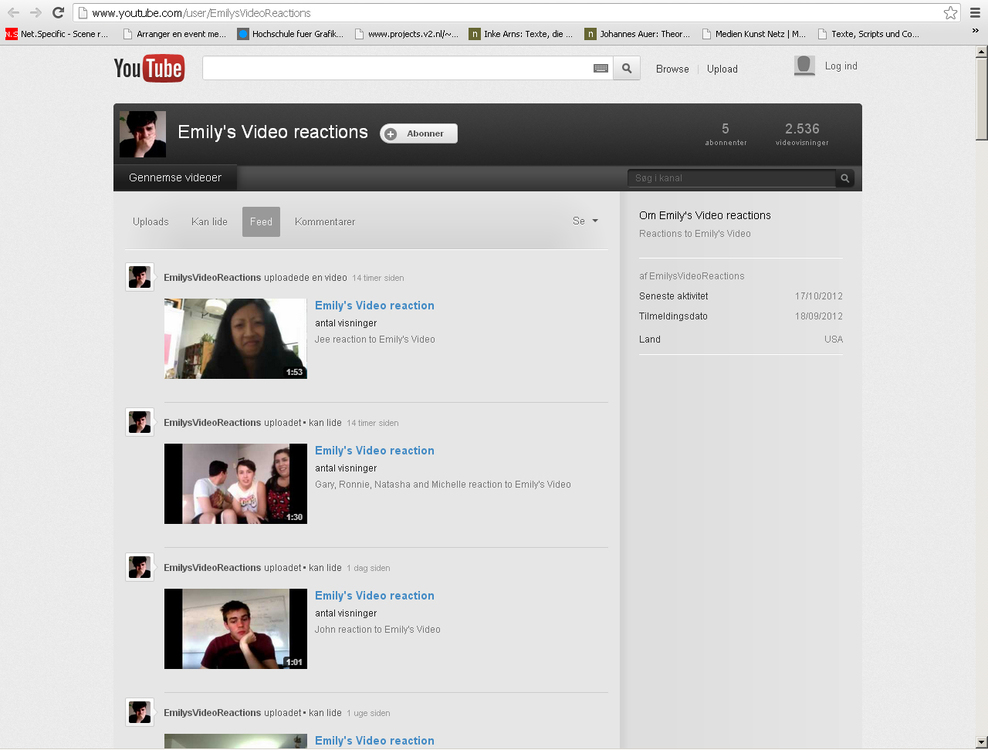 Emily’s Video creates curiosity, because who has in reality seen this video?

For Net.Specific’s exhibition Communication Paths, 010010101000101010.ORG have created the work Emily’s Video. The work is a documentation of a ‘viral’ process, whereby a video is distributed and spread via rumour on the Internet.

According to the rumour, the video being distributed is of a rather extreme nature and made by a girl named Emily. In the wake of this video a number of so-called ‘reaction videos’ have been made testifying to the video’s existence. Reaction videos are a phenomenon associated with videos uploaded to the Internet that often only few (or none) have actually seen. They prompt users to make their own videos, showing their reactions to the video in question.

0100101110101101.ORG has captured the essence of what it means to make an ‘internet meme’, i.e. something which circulates around and spreads until it takes on a mythical status on the Internet. These types of video also question the existence of originality; when it is so hard to find. The work also draws on the fact that most of the Internet’s users have gone from being simply consumers to also being producers, who can create their own content, just as they comment on the content that is already out there.

The work views communication, as a generalised concept linked to the elements from which the Internet is created and to which the Internet’s users contribute, here in the form of a video that can be distributed and subsequently encourage the creation of new videos. The work evolves, therefore, as a result of the online social media mindset.